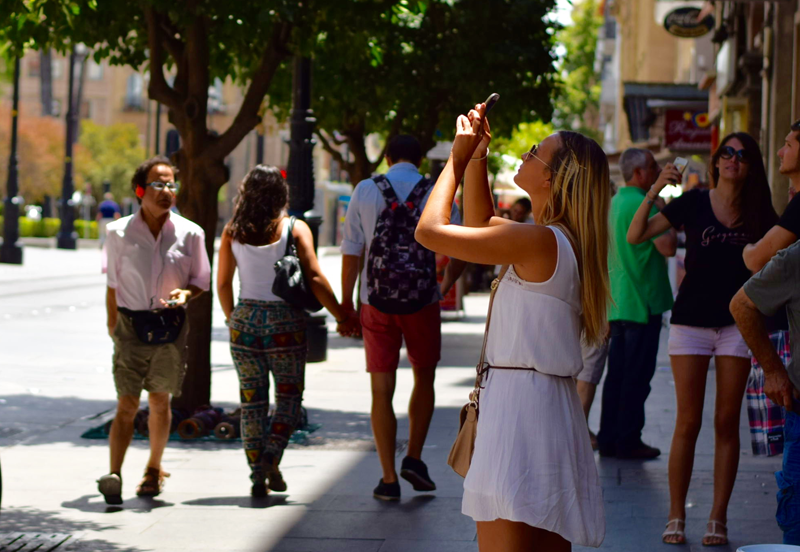 One of the biggest challenges of understanding mobile is realizing how fundamentally it changes how we think. Mobile is not just a new design or distribution channel, but a new way of life.

Vertical video is a great example.

We in the media industry love to rail about vertical video, those thin live streams from Periscope and Meerkat (and the Vine and Instagram clips that preceded them). It’s a perfectly natural reaction from a business that runs in a horizontal 16:9 format. When you port vertical video onto a horizontal screen, it looks downright ugly.

But it looks fantastic on a smartphone where 94% of use is in portrait (vertical) mode. Snapchat’s Discover experience is a standout example of a native approach to video on a phone. For most users familiar with today’s modern apps, tipping the phone to landscape mode is unnatural unless you’re playing a game or watching a longer-form video.

People weren’t “trained” to shoot and view vertical video. That’s just the easiest way to do it.

There are numbers to back it up. “Snapchat has told us that vertical video ads have up to 9x more completed views than horizontal video ads,” explains Jon Steinberg, CEO of Daily Mail in North America. “Our findings have convinced us that we need to move even more aggressively to develop vertical content.”

The reason the media industry doesn’t like vertical video is because it doesn’t fit into our frame and format of thinking. Even today, many media execs see mobile as a distribution channel for what we already do. That’s a big reason why mobile-first and mobile-only startups — Facebook and Twitter included — are dominating the digital content space.

So how do we think mobile, without the prejudices and encumbrances of the legacy media business? A few ideas:

1. Ask yourself: if you were starting from scratch in today’s mobile world, what would you do? Stop doing? Be honest.

2. A user-focused way to ask this, courtesy of BJ Fogge: “If you could wave a magic wand and get your users to do anything, what would you want them to do?”

3. Challenge yourself and those around you to always start with mobile, from product pitches and analytics reports to usability sessions.

4. Encourage experimentation and side projects that don’t require approval. Facebook’s new video app Riff is a side project.

5. Hold prototyping/hack contests that are judged by people outside the traditional media business.

6. Let users be the ultimate judge. If they love a prototype, and they keep coming back to it, then you’re on to something.

8. Have patience, and don’t over-promise. It takes time to figure out something new. Share what you learn with others in the company.

9. Get inspired by companies who are doing it right. The Weather Company, Betaworks and Facebook are a few of my favorites who think mobile.

Those are just a few ideas to get started. Thinking mobile is hard. As a former TV guy, I didn’t like vertical video until I saw Snapchat Discover for the first time. Try to keep an open mind, be infinitely curious and make a few waves. It’s a bold new world.

(Join executives and creatives from the BBC, NY Times, NPR, BuzzFeed and many more and subscribe to the Mobile Media Memo to receive analysis like this in your email)).