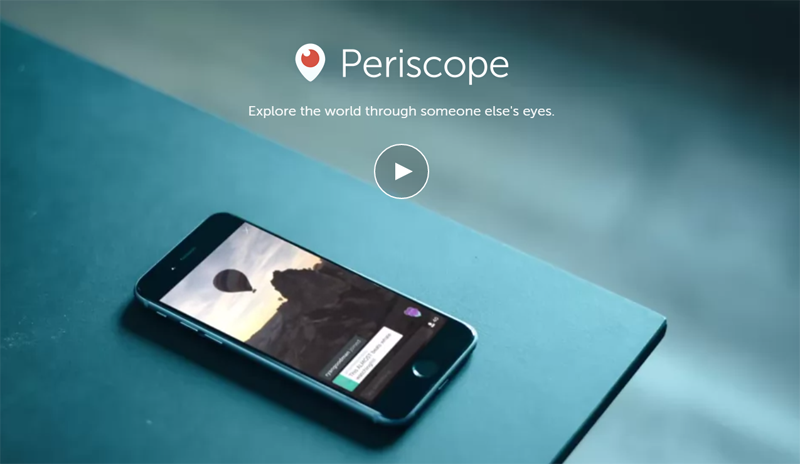 YouTube and Netflix created the first wave of online video on the desktop, and now Facebook and other social apps are making the second wave on mobile.

“YouTube has been a phenomenal home for us,” said Cenk Uygur, co-founder of the popular The Young Turks video show. “But I’ve never seen video views pile up as quickly as on Facebook.”

YouTube and Netflix are still king in sheer numbers, and both are seeing significant mobile growth. But Facebook is coming on fast. In its last earnings call, Facebook said video views have skyrocketed to 3 billion a day — up from 1 billion last June — 65% of them on mobile devices. Much is driven by autoplay, but large numbers of users are watching clips for at least 30 seconds.

Meanwhile, Twitter is rolling out native video along with a YouTube-like plan to incentivize original content creators. Snapchat debuted Discover, snazzy made-for-mobile video experiences from a handful of big brands that make standard video clips look boring. And a new crop of startups are springing up to take a big swing at mobile video dollars.

If history is any guide, Facebook and its cousin Instagram will join YouTube to dominate the free mobile video space. Others, like Twitter, will round out the top 5. They’ll leverage their reach and user data to capture a new wave of video advertising, optimized for mobile.

For media companies, this raises all kinds of big questions. In a terrific thinkpiece in The Awl, John Herrmann envisions a future when content is thoroughly distributed. Instead of trying to drive audience to media companies’ own sites, what if you just connected with the audience where they already are?

“What was even the point of websites, certain people will find themselves wondering. Were they just weird slow apps with nobody in them?” he writes. Then he adds ominously, “If you think Facebook had a distorting effect on news as a mere referrer, just wait until it’s a host.”

In many ways, it’s already the host. Facebook’s app is already bigger than the entire mobile web, and the majority of Facebook’s 1.19 billion monthly mobile users check the app every day. Facebook-as-host isn’t like a TV network, it’s becoming more like television itself.

For those of us in the business, a distributed future can be a frightening thought. We’ve always viewed loyalty as a function of repeat visits to our destinations. But are we headed to a post-destination world where we’re not just a channel among millions of others, but videos in a stream, subservient to algorithms we don’t control?

“The switching cost of media is practically zero,” explains Jim Babb in a smart Medium post. “Users are disloyal and bounce around to different brands that provide immediate value.”

But for content brands, can loyalty be distributed? If we’re really good at connecting with users where they live — providing immediate value — isn’t that a form of loyalty?

Most media companies view Facebook and other social apps as sources of traffic and promotional opportunities. But it doesn’t take a rocket scientist to realize that a distributed video strategy on social apps — posting great clips that stand on their own — can rack up some serious views. Dollars will follow, inevitably through revenue-share agreements and native video ads.

But is a distributed strategy incremental to the business? Or does it accelerate the demise of branded destinations? As the bigger destinations grow bigger and amass more user data, aren’t they getting better at personalizing content and driving ROI to advertisers? TV advertisers? Isn’t this a form of value destruction?

As Herrman puts it, “…ceding the still-fresh dream of direct compensation and independence to mediated advertising arrangements with accidentally enormous middlemen apps.”

These are complex issues that begin with simple questions like, “Should we post our best video?” For lightweight startups with a low cost structure — or just flush with venture cash — that’s a no-brainer. But for the rest of the media world with legacy revenue streams, the answer is more complicated.

I’ve always believed that if you don’t know the answer to something, you experiment as fast as you can with simultaneous, even opposing strategies. Even BuzzFeed, the poster kid for shareable stuff (and flush with venture cash), is experimenting on all three fronts: making better destinations (creating a second app), optimizing sharing for referrals (it’s bread and butter) and distributing standalone content (YouTube and BFF).

But on the video front, only 5% of BuzzFeed’s 950 million monthly video views come from BuzzFeed.com, reports Recode. And BuzzFeed’s DNA in native advertising gives it an advantage monetizing content wherever it lives.

Protectionism, by itself, is a bad strategy. So is giving away the farm. The answer likely lies somewhere in the middle, but in the meantime, let the experiments fly.

As for Uygur and The Young Turks, they’ll focus on growing their Facebook video audience “and worry about monetizing it later.”

As the sands shift once again, that’s both the threat and the opportunity.