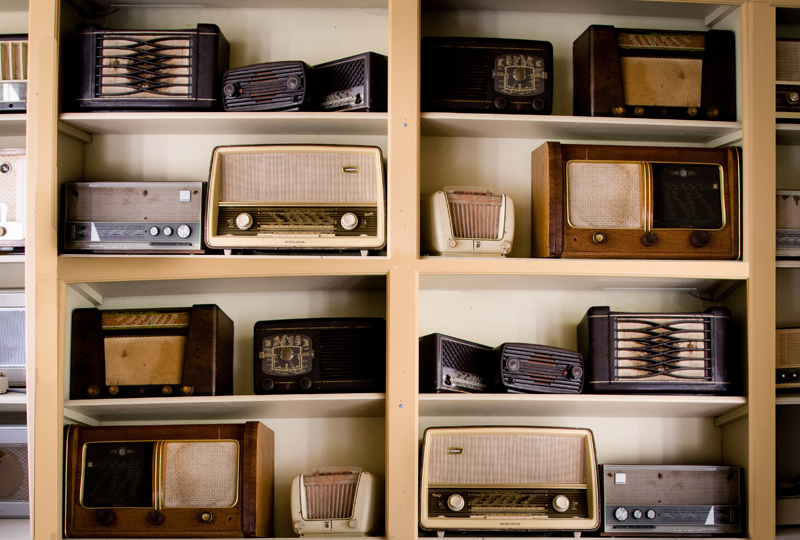 “The future of television is apps,” said Apple’s Tim Cook before unveiling the new browser-less Apple TV. He sounded a lot like Netflix’s Reed Hastings back in 2013. We’re moving to a world where “apps replace channels,” Hastings wrote.

Apps are replacing or preempting websites as the entry point to content experiences across a growing array of screens. Which got me thinking. What if there was an alternate reality where apps were the original TV channels?

Here’s a slice of that reality, in the voice of a fictional media exec…

I’m still stunned at how fast TV is growing. It seems like everyone is carrying a TV in their pocket, even staring at them while they walk. And all those channels — 3 million by last count? There’s a channel for EVERYTHING.

Sure, you can use TVs for other things, but most people just watch the channels.

The Blue channel dominates the ratings with a 20% share. People just can’t stop watching Blue. I guess I understand why: it automatically adapts to show me things I want to see. Or at least, things I can’t stop watching. I can see what’s happening around the world and with my family and friends, all on one channel.

Why watch anything else? Blue is so big, it might as well be the TV.

And it keeps getting bigger. Blue split out a channel for people to talk with their friends. And it bought a channel where people can share their favorite moments.

Then there are the Pear channels. Sure, Pear cares most about selling a gazillion TVs, but its channels are so popular — they pop up first and you can’t get rid of them – they’ve been known to eat other channels.

And then there’s the Bird channel. It’s kind of hard to explain, but I’m addicted.

Then there are gaming channels, shopping channels and channels that help you get things done. These channels do things that radio would never think to do. Oh, did I mention?

I work in radio.

We have a TV channel, too. It’s called RadioChannel. You can listen to just about anything from our radio station right on your television set, optimized for TV. We aimed a camera at our microphone, and voila! Now we work on any device. We’re platform agnostic!

I watch it sometimes at the office. But mostly I just watch Blue or Bird.

While our brand loyalists love our TV channel, it’s not doing as well as we had hoped, especially in the advertising department. Our radio ads are falling flat on TV, and the Blue channel is cleaning up. After all, they know everyone who’s watching, so clients can buy ads targeted to exactly the people they want – even people who are in the market to buy the very product they’re advertising.

We can’t do that, but we can bundle! We bundle like no one else can bundle.

Yeah, we’re working with the Blue and Pear channels. Isn’t everyone? We give them a lot of our best stuff to promote our radio station. Blue accounts for a big chunk of our ratings. A really big chunk.

The other night over a bottle of wine, I broke out my calculator and subtracted the ratings the TV channels send us. Then I trended it out over the last few years.

My first thought was, thank goodness those big TV channels are sending us all those listeners! Without them, it wouldn’t be a pretty picture. And RadioChannel isn’t coming close to picking up the slack.

Then it dawned on me. Maybe people don’t want radio on TV.

Maybe they want TV on TV.

So, what if we started over and made another TV channel? I know, I know, there are 3 million channels. But this time, what if we made it just for TV, taking advantage of what TV does best?

This channel needs to be different. Why would you create a TV channel that’s just like another TV channel? Or worse, just like a radio station? Don’t tell my co-workers, but our new channel might even have NOTHING to do with radio.

It might even have nothing to do with producing content. After all, the Blue, Pear and Bird channels are all produced by the viewers that watch them – for free! Perhaps it should connect people, too, rather than just broadcast to them.

But creating a good TV channel isn’t cheap. You should see the Blue channel’s headquarters. We don’t need to have a 9-acre rooftop park, but we have to figure out a way to attract some great talent to help us make our new channel.

In fact, to do it right, we should create a new TV arm of our company. Maybe even become a TV-first company! I just have to figure out a way to get our radio company to invest. REALLY invest.

But they keep reminding me that it’s hard to make money with TV channels. It’s so competitive, and Blue, Pear and Bird rule the roost. Those channels are better at producing TV than we are, so why not just provide them with our radio content, make a few extra bucks and do what we do best?

That’s not a bad argument, especially when you consider radio is a bigger business than TV. Sure, I’ve heard the revenue forecasts, but our profit margins are as strong as ever. TV has a long ways to go before it challenges the radio business – EVERYONE has a radio on their desk. And TV is doing such a great job promoting our core business.

So… maybe we should avoid all those TV distractions and expensive investments and stick with radio. I bet I can spice up RadioChannel a bit and bundle together a few more ad dollars.

Oh, one last thing. I hope you don’t mind me asking, but if you hear of a good job opening at one of those big TV channels, will you let me know?

This fictional metaphor isn’t perfect, but it’s instructive to think of it that way. Like radio, websites aren’t going to die, but apps are turning out to be a much bigger and very different business. Under-investing in apps — and what makes them succeed — is like under-investing in the early days of television. We all know what happened next.