Two of the greatest innovations in video were created by TV stations in Los Angeles.

In 1958, KTLA engineer John Silva convinced the station to invest in his idea to create a “Telecopter” to beam back live pictures from the air.

In 1974, KNXT (now KCBS) covered the first breaking story on live TV — a wild shootout with the Symbionese Liberation Army — thanks to the station’s invention of portable TV gear, which became known as ENG. 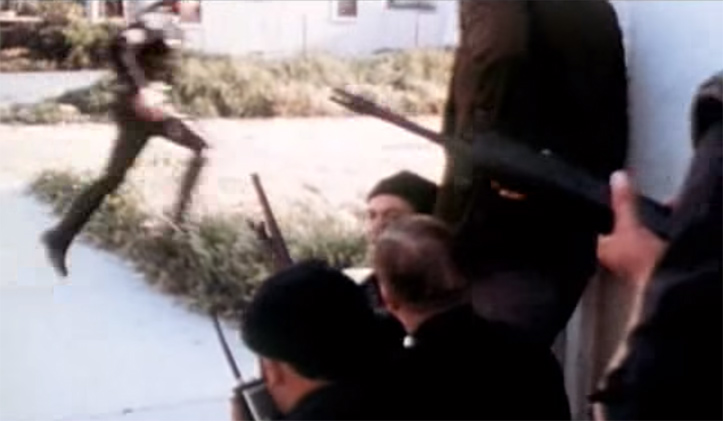 Both stories are fascinating to read in context of today’s shifting sands of media. In both cases, the inventions were led by entrepreneurial minds at the TV stations themselves. They came up with the idea and approached technology companies to help, and the stations built and deployed the final product. The tech companies benefited, to be sure, but they played a secondary, supporting role.

Fast forward to today, and the picture has flipped. As video escapes the confines of TV, the platforms are leading the innovation charge and media companies are playing the supporting role. It’s a concerning trend that may have more long-term implications for the media industry than the mobile shift itself. 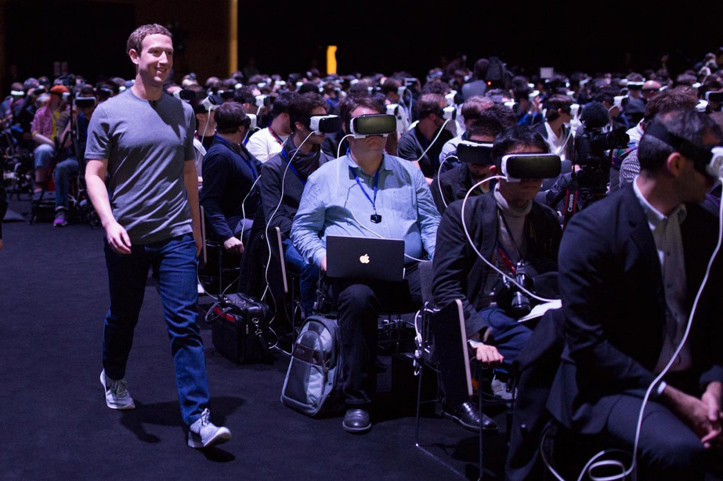 In front of a roomful of journalists sporting VR Gear headsets, Mark Zuckerberg took the stage on Sunday at World Mobile Congress to announce a Facebook/Oculus VR partnership with Samsung.

“VR is the next platform,” he said, explaining his vision of immersive 360-degree video that makes you feel like you’re right there, both in replay and eventually live, too. “We’ve recently created new teams at Facebook to create the next generation of social apps on VR…. We’ve put hundreds of our best engineers on this to make much faster progress than the industry would’ve otherwise.”

The last time Zuckerberg said something like this was back in 2011 when he announced the company’s shift to mobile, and we’ve all experienced what happened next. Already the #2 digital video platform behind YouTube, Facebook has its eyes set on the next generation of video and its spending billions to get there first.

But VR isn’t the only video innovation at the platforms. Twitter’s Periscope has re-written the rules of live video, making it easy to “teleport” an audience into an interactive live stream. “Explore the world in real time through someone else’s eyes,” is Periscope’s tagline, and some industry observers believe that Periscope has as much — or more — potential as Twitter itself. 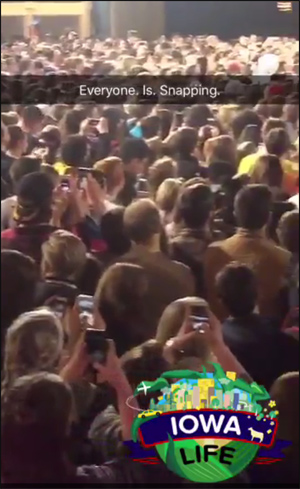 Over at Snapchat, they’ve mastered the art of video as chat, attracting legions of teens and 20-somethings. Beyond just capturing a clip, you can add text, draw on the screen, add funky video filters and create your own “stories” on the fly.

Initially, each of these platforms (FB/Twitter/Snapchat) did not offer video. But they saw the shift, and each acquired startups to expedite their push into video. For example, Snapchat acquired Looksery (for the filters/effects) and AddLive (for live video chat). Now Snapchat has become, in essence, a giant interactive TV network for Millennials, serving up 7 billion views/day across 100 million people.

To make the Telecopter and ENG work, you had to have a TV station to air it. Today, the platforms are the new TV stations — the new networks — where anyone can broadcast just about whatever they want.  Platform companies know that the best experiences blend content, product and technology, all working in harmony with a business model to back it up.

I hear a lot of talk in the industry about just sticking to content. But when we think about video innovation of old, it makes you wonder if “content is king” in isolation. When did we, as an industry, become comfortable with outsourcing technology innovation? How did tech, which is inexorably tied to product, become the commodity? Another partnership? “Just a line of code?”

The Democratization of News

When KNXT invented a faster, portable way to cover the news, the technology was quickly picked up at TV stations across the country. But the networks were slow to adopt it.  There were fears “the change would be too disruptive,” explains Paul Farhi in a 2002 AJR piece.

During this time when local TV stations were reporting live from the field — but the networks were not — “viewers consistently rated their local newscasts as less biased than their network counterparts,” Farhi wrote. Why? “No longer would viewers accept the word of that godlike figure of 1950s and ’60s newscasts, the anchorman (and, coincident with ENG’s rise, the anchorwoman). Viewers wanted to, and could, see the story for themselves.”

With mobile, multiply that by a million.

From the Telecopter’s first flight. Watch the video.

When KTLA’s John Silva first pitched his station manager on the Telecopter, he was told to get back to work. Even though his idea sounded crazy at the time, it was still focused on the core product: television. So when a new station manager took the reins at KTLA, he championed the idea and invested the dollars to make it happen.

Does the TV industry view mobile and VR video as our business? Not just the content itself, but the experience of it? Do we view innovation in that space as potentially competitive, propelling us forward to take more risks? To invest more in video innovation? To put our best engineers on it? We should — we better.

People don’t want to watch television per se. They want to be entertained, informed and disconnected from their reality through video — and increasingly, they want to interact with others, too.

“I never thought about being a pioneer, all I ever wanted to do was get us there and get the picture, before the competition got it,” Silva said.

Today the competition is everywhere. And that pioneering attitude is exactly what we need.